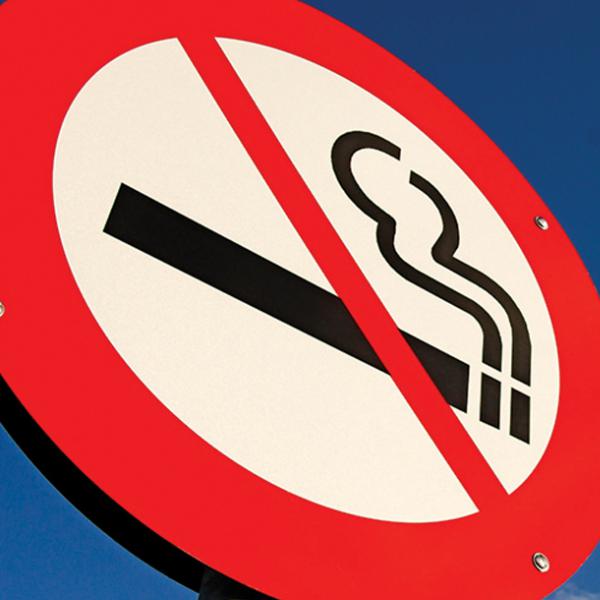 The 2018 Kentucky Health Issues Poll asked Kentucky adults whether they favored or opposed two tobacco control policies: a statewide smoke-free law and raising the minimum legal age to purchase tobacco products from 18 to 21. KHIP is sponsored jointly by Interact for Health and the Foundation for a Healthy Kentucky.

The primary purpose of smokefree legislation is to protect nonsmokers, particularly workers, from the dangers of secondhand smoke.1 According to the Centers for Disease Control and Prevention, secondhand smoke is defined as the smoke that comes from the burning of a cigarette as well as that which is exhaled by smokers. Secondhand smoke exposure has been linked to several tobacco-related health issues in nonsmoking adults and children, including cardiovascular disease, lung cancer, Sudden Infant Death Syndrome (SIDS) and asthma.2 As of 2018, people living in 28 states3 and the District of Columbia are protected by comprehensive smoke-free laws designed to reduce the burden of secondhand smoke. Kentucky does not have a comprehensive statewide smoke-free law.4

KHIP asked, “Would you favor or oppose a statewide law in Kentucky that would prohibit smoking in public places, including workplaces, public buildings, offices, restaurants and bars?” About 7 in 10 Kentucky adults (66%) responded that they would favor this policy. Support for a statewide smoke-free law has remained about the same since 2013.