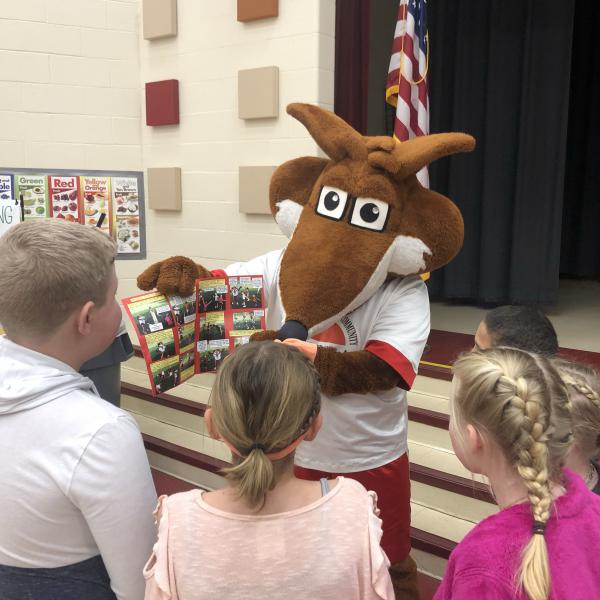 Watch out Wonder Woman and Spider-Man, a new hero is saving the day on the pages of comic books—Rox the Fox! 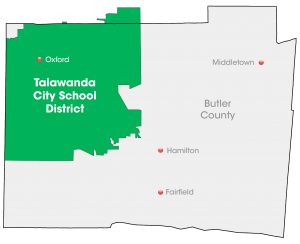 Rox is the mascot of the Coalition for a Healthy Community - Oxford Area, one of Interact for Health’s Thriving Communities grantees. The group promotes health and wellness among residents of the Talawanda School District in western Butler County. Rox has become well-known to students there since his debut in October 2014, said Amy Macechko, project coordinator for the coalition.

“Elementary students love Rox,” said Macechko, who is also health and wellness coordinator for the school district. “Students come to him in public spaces and share that they are eating their vegetables or playing outside more often.”

Rox has visited schools and senior centers, attended events at Miami University and in the community, and has marched in parades. Now he’s set to conquer the printed page.

“The Adventures of Rox the Fox” is the brainchild of Paul Branscum, an associate professor in public health at Miami University. He had previously worked with children to create their own comics. After Macechko introduced the mascot to Branscum, the idea of a comic book featuring Rox began to take shape. Branscum and Macechko then worked with Miami graduate students Payton Messner and Natalie Patricio-Agosto to write, photograph and design the comic book.

In “The Curse of the Solar Eclipse,” everyone forgets how to be physically active after a solar eclipse. They instead turn to their phones for entertainment. Rox saves the day by starting a dance party to get kids moving again. He reminds kids about all the things they can do to be active, such as jogging, riding bikes, playing kickball or swimming. Being active for one hour a day helps kids sleep better and develop strong bones and a healthy heart, Rox tells the children.

The comic book was shared with students in Talawanda’s three elementary schools and with children outside the district in early February, Macechko said. But Rox’s mission to promote healthy habits to kids is not over.

“It started with the idea of having a single comic book,” Branscum said. “We decided that having one comic book for each of Rox's five habits of health was a better idea.”

Future months’ editions of the comic book will remind kids that each day they should eat five servings of fruits and vegetables, drink four cups of water, have at least three good laughs and limit screen time to two hours. All are parts of the coalition’s High 5 for Health campaign, Macechko said.

“Our hope is that caring adults throughout the community engage with young people around these comics and help to reinforce the messages that Rox shares, Macechko said.