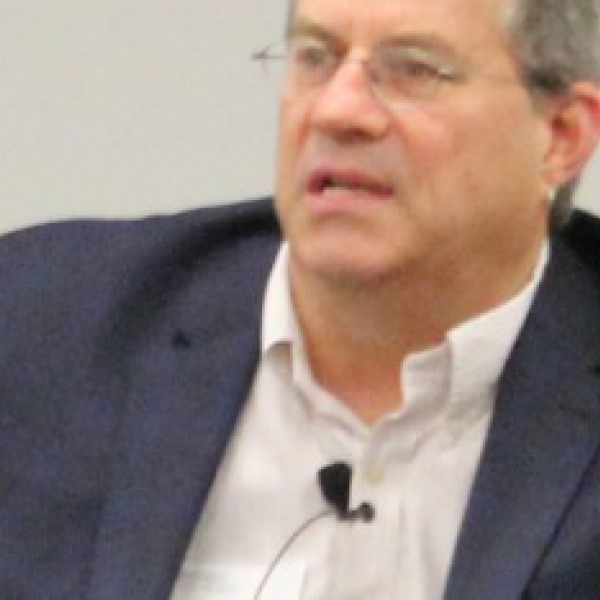 On Oct. 12, Interact for Health hosted freelance journalist Sam Quinones, author of "Dreamland: The True Tale of America's Opiate Epidemic." In his book, Quinones examines the socio-economic factors in both the United States and Mexico that underlie the heroin epidemic. In the United States, these include the isolation and privacy of the suburbs ("a town without community is heroin's stomping ground") and the over-prescription of painkillers, which can lead to heroin use. Quinones related his own experience after an appendectomy when he was prescribed 60 pain pills. He ended up using only two or three of them.

In Mexico, selling heroin gives people a chance to lead a middle-class lifestyle, something that sugar cane farming, the primary occupation in the area, cannot do.

"Heroin raises the bar of what success looks like in these poor Mexican neighborhoods," Quinones said. A person can build a house in nine months with money made by selling heroin rather than in 10 years by working as a landscaper or restaurant worker in the United States, he said.

Quinones' presentation opened a discussion about the issue with local leaders in the fight against the heroin epidemic. Topics included how to talk to children about heroin (by giving love, being around all the time and not being overly private), criminal justice reform, the need to cut the number of painkiller prescriptions, how people of all races are affected, and how to work to combat the epidemic.

"We need to think differently, partner differently," said Dan Meloy, the director of public safety for Colerain Township. Quinones said that there's not only one solution to tackle the epidemic.

"Together is the only way we will solve this problem," said Ann Barnum, Interact for Health's Vice President of Community Strategies.

Quinones spoke to a sold-out crowd at Xavier University's Cintas Center in the evening. He described the rebirth of Portsmouth, Ohio, a community hit hard by the heroin epidemic amid economic hard times. The people and businesses of Portsmouth are working together to rebuild their community by creating local jobs, educational opportunities and support systems for families experiencing addiction.