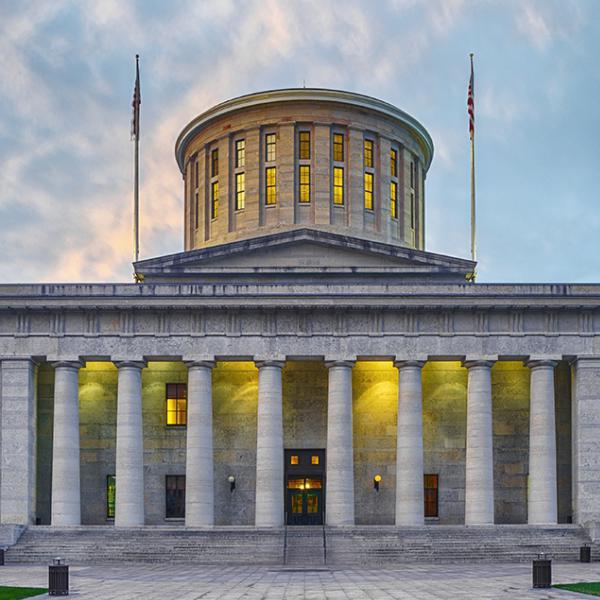 We were thrilled to learn that a local startup with which we're working has been awarded $1.5 million by the Ohio Third Frontier Commission.

Cordata Healthcare Innovations is adapting its patient management software to track the work of quick response teams, a new intervention in the opioid epidemic that was born right here in Greater Cincinnati.

Generally, when someone overdoses, 911 will be called and a first responder will administer naloxone to reverse the overdose. Frequently if the person comes out of the overdose, they will be relatively OK and refuse further assistance.

"The feeling we've had in the community is that's not enough," says Interact Senior Program Officer Kelly Firesheets. "We treat this emergency situation of the overdose, but we're not treating the disease, the addiction that causes the overdose. So you get the frustration of repeat overdoses."

A quick response team goes beyond just treating the emergency. Within 48 to 72 hours of the overdose, a team of police, fire/EMS and treatment professionals follows up with the person who overdosed. They provide resources, naloxone and connection to treatment, if the person wants it. Team members continue to build the relationship with Facebook posts or text messages to encourage the person to go to treatment.

Cordata's software organizes the data collected by the different quick response teams. It tracks and monitors people who overdose across both the law enforcement and treatment systems.

It also could allow for tracking across locations. This has been nearly impossible because different cities and counties keep records differently and don't necessarily talk with each other. With Cordata, though localities' data will remain separate, a QRT member in one county could recognize that a person who overdosed lives in another county that uses QRT. That county's quick response team could be contacted and possibly follow up with the person who overdosed. Cordata's uniform data collection and the growing number of locations using QRT could thus help reduce repeat overdoses.

The data also can identify any barriers to treatment that people who overdose might experience.

"Was there a really long waitlist? Was transportation a problem? Did they not have insurance and couldn't pay?" Firesheets says.

The Third Frontier grant will allow Cordata to be built out much faster, allowing for better data collection, reporting and tracking of people who overdose, Firesheets says.

"My hope is that we get more people into treatment and into recovery, and that we start to reduce the number of overdoses, especially repeat overdoses," Firesheets says. "We can also inform other communities that are looking for ways to respond to overdoses to help them learn and understand what works and what doesn't."