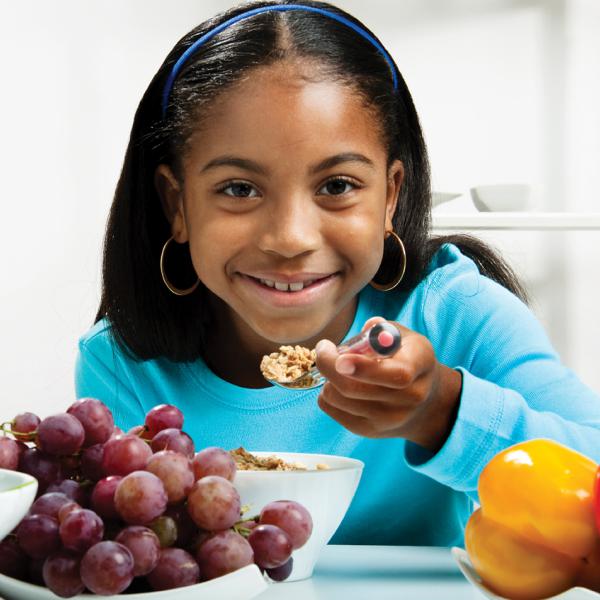 Access to healthy food among youth in our region

A healthy diet is an important contributor to overall health. This is particularly important for children and adolescents, who need nutritional support for growth. When nutritious food is not easily accessible, it is called food insecurity. This can include both reduced food intake or reduced quality and variety in diet.1 Food insecurity can affect children’s overall health, ability to learn and behavior.2

The 2017 Child Well Being Survey asked several questions about access to healthy food among youth in our region.

More than 1 in 10 families in region experience food insecurity

Most have access to healthy foods; biggest barriers cost, distance

CWBS also asked parents and guardians, “To what degree would you agree with the statement, ‘It is easy to purchase healthy foods in my neighborhood such as whole-grain foods, low-fat options, and fruits and vegetables?’”

Most caregivers in our region agreed with this statement (87%). Seven percent said they could not buy healthy foods in their neighborhoods, and 6% neither agreed nor disagreed.

Cost, distance to stores and availability of healthy options in local stores were the barriers most commonly named by those who said it was not easy to buy healthy foods.

Some groups in our region were more likely to report challenges to accessing healthy food.

Many organizations work to ensure that children in our region have access to healthy food. These questions give us a snapshot of child hunger: who is experiencing food insecurity, where and why. This can inform planning about how best to address this issue in our region.

6 Includes Asian, Native Hawaiian or other Pacific Islander, American Indian or Alaska Native, or some other race.