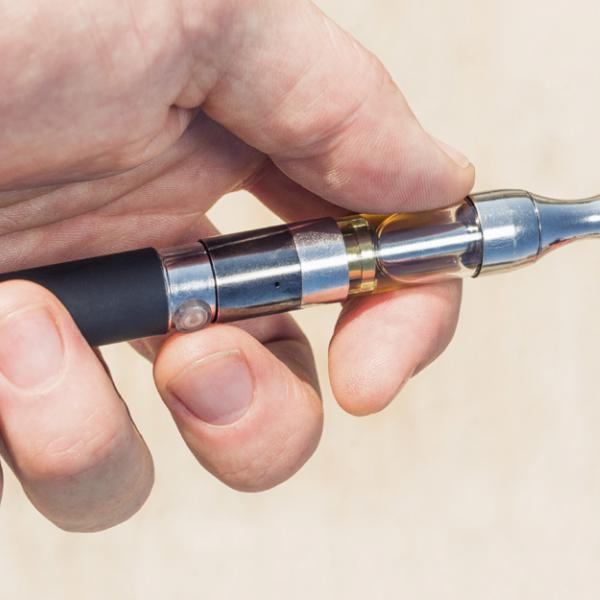 Responses varied by age. Highest reported use was among young adults ages 18 to 29 where nearly half (48 percent) said they had ever used an ecigarette. Older Kentucky adults were less likely than young adults to report ecigarette use.

Interact for Health and the Foundation for a Healthy Kentucky sponsored the poll. KHIP described the difference between e-cigarettes – battery-powered devices used to inhale vaporized liquid -- and smoking before asking recipients if they had tried an e-cigarette.

“Interact for Health is focused on improving the health of our community, and a key to that is reducing the use of all types of tobacco,” says O'dell Moreno Owens, M.D., M.P.H., President/CEO of Interact for Health. “We are concerned by the high percentage of young adults who are trying e-cigarettes, when emerging evidence shows that when non-smokers use e-cigarettes it increases their risk of eventually smoking traditional cigarettes.”

Adults in Northern Kentucky were more likely than in the state to believe aerosol from e-cigarettes caused little or some harm(60%), and less likely to believe they caused a lot of harm (22%).

Currently only about one-third of Kentuckians are covered by comprehensive indoor smoke-free workplace ordinances. Among the comprehensive laws in 26 communities, 14 also cover e-cigarettes.

"Kentucky laws leave a large number of residents unprotected from tobacco smoke and e-cigarette aerosol," says Megan Folkerth, Program Officer, Interact for Health. “Our research shows there is consistent and strong support for making a change to a comprehensive smoke-free law in Kentucky, which includes e-cigarettes.”

More information about Kentuckians’ experiences and beliefs about e-cigarettes and other topics is available at www.interactforhealth.org/kentuckyhealth-issues-poll.

About the Kentucky Health Issues Poll

The 2017 Kentucky Health Issues Poll (KHIP) is funded by Interact for Health and the Foundation for a Healthy Kentucky. The Institute for Policy Research at the University of Cincinnati conducted KHIP Oct. 24-Dec. 2, 2017. A random sample of 1,692 adults from throughout Kentucky was interviewed by telephone. This included 861 landline interviews and 831 cell phone interviews with cell phone users. In 95 of 100 cases, the statewide estimates will be accurate to ± 2.4%. There are other sources of variation inherent in public opinion studies, such as non-response, question wording or context effects that can introduce error or bias. For more information about the Kentucky Health Issues Poll, please visit
www.interactforhealth.org/kentucky-health-issues-poll or www.healthy-ky.org.

About Interact for Health

Interact for Health builds healthy communities for all people. We serve as a catalyst for health and wellness by promoting healthy living through grants, education, research, policy and engagement. Interact for Health is an independent foundation that serves 20 counties in Ohio, Kentucky and Indiana. More information is available on our website, www.interactforhealth.org.