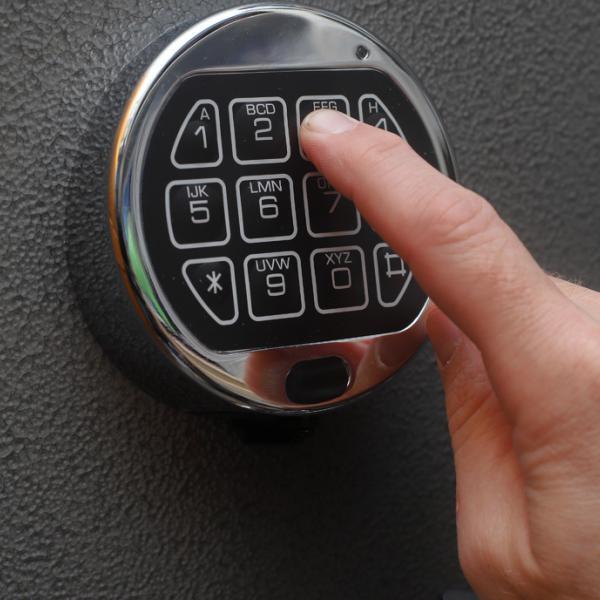 2 in 10 Kentucky adults have loaded, unlocked firearms in or around home

In 2017, more than 700 firearm-related deaths occurred in Kentucky; these included suicides, homicides and unintentional injuries.1 This is a rate of 16.2 deaths per 100,000 Kentuckians, the 16th highest in the nation (see Footnote 1). The 2019 Kentucky Health Issues Poll asked Kentucky adults Several questions about firearms and their storage. KHIP is sponsored by Interact for Health and the Foundation for a Healthy Kentucky.

More than half of Kentucky adults have firearms around home

KHIP asked, "Are any firearms kept in or around your home?"2 More than half of Kentucky adults (55%) reported keeping firearms in or around their Home. This has increased since KHIP first asked this question in 2011 (45%), but not since the question was last asked in 2016 (55%). According to a national poll by the Pew Research Center in 2017, about 4 in 10 Americans (42%) live in a household with a gun.3

Responses varied by region. Adults in more rural areas such as Eastern (67%) and Western Kentucky (63%) were more likely than adults in other regions to keep firearms around their home. Louisville-area adults were least likely to report having a firearm in or around their home (40%). (See map).

Men (65%) were more likely than women (47%) to report having a firearm in or around their home.

Among Kentucky adults with guns, 1 in 2 keep guns loaded

KHIP asked those who keep guns in or around their homes: "Are any of these firearms now loaded?" Nearly half of Kentucky adults who keep guns in their homes (48%) reported that those guns are loaded. This has increased since KHIP first asked this question in 2011 (35%).

Among Kentucky adults with loaded guns, 2 in 3 keep guns unlocked

According to the American Academy of Pediatrics, firearms should be stored unloaded, locked and separate from ammunition in order to prevent accidental injury.4 This is especially important in homes with children. Currently, 28 states5 including Kentucky6 have child access prevention laws for firearms. These laws are broad and range from making it illegal for adults to store guns in a place where a child could easily access and fire it to prohibiting adults from recklessly providing minors with certain firearms.7 Eleven states8 have laws requiring safe storage laws or specific gun lock requirements regardless of the presence of children.9