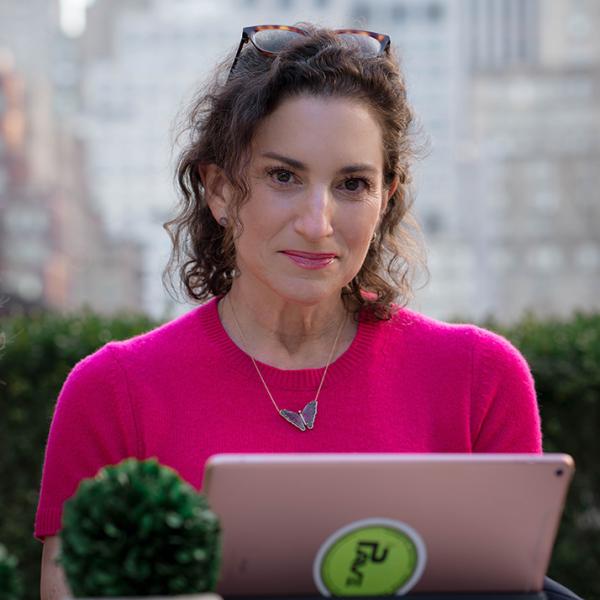 Q&A with Meredith Berkman, co-founder of Parents Against Vaping E-cigarettes

Meredith Berkman is a cofounder of Parents Against Vaping E-cigarettes, a national advocacy and education organization founded in 2018 as a grassroots response to the youth vaping epidemic.

Interact for Health: How did you get involved with PAVe?

Berkman: In 2018, a Juul representative entered our sons’ high school through an outside anti-addiction group, without the school’s knowledge, and told the ninth grade students, without adults present, that Juul was “totally safe” and would receive Food and Drug Administration approval “any day.” Along with my two other cofounders, Dorian Fuhrman and Dina Alessi, we three moms began searching the internet for information about Juul. We quickly realized that Juul was using social media advertising and young-looking influencers to market its stealth-by-design, tech-chic flavored e-cigarettes to our kids. We were also shocked by the prevalence of youth use. It was clear that we would have to take action to educate parents like us and, ultimately, fight for laws that would protect our kids from these flavored products.

Interact for Health: As an advocacy association, what do you do?

Berkman: We are a volunteer-run and -powered nonprofit that is the first national parent voice in the fight against the tobacco industry’s predatory behavior. Our volunteers advocate for legislative and regulatory action at the local, city, state and national levels to remove all flavored tobacco products from the market. Our volunteers work up front and behind the scenes testifying at hearings, meeting with elected officials, writing letters to the editor and showing up whenever our voices are needed. Alongside our coalition partners, we have helped pass laws to end the sale of flavored tobacco in cities and counties in California, Illinois, Oregon and Colorado. We were also involved in the successful passage of state laws in New York, New Jersey, Massachusetts, Rhode Island and California, in addition to Washington, D.C. Our educational initiative educates parents about the dangers of youth tobacco use in both Spanish and English. We also recently launched a teen-focused program about the environmental harms of tobacco, Vapes Are Trash.

Interact for Health: The FDA has cracked down on vaping in the last two years. What’s left to be done on the federal level? And what actions can be taken at the local and state levels?

Berkman: While the FDA has issued marketing denial orders on the bulk of Premarket Tobacco Product Applications, decisions have yet to be made on the market leaders. (The FDA recently put a hold on its denial of Juul). Synthetic nicotine products that were introduced to skirt the FDA guidelines were only recently put under FDA jurisdiction and those that have not applied for approval are on the market illegally.

Menthol cigarettes and flavored cigars are also in the process of undergoing review. Public comments are being accepted through Aug. 2 after which time the FDA will make a decision on their fate. Even under the best of circumstances, the federal government tends to be slow to act and tactics by the tobacco industry to further delay good legislation are commonly used. Therefore, efforts at the state and local levels are critical measures to protect the interest of communities.

Interact for Health: Vaping isn’t in the news the way it was a year or two ago. What do people need to know about the ongoing risk?

Berkman: The latest figures from the Centers for Disease Control and Prevention about youth tobacco use have not yet been released. Last year’s survey showed a drop in youth vaping, but both FDA and CDC clearly stated that those numbers, since they were collected during lockdown, were not reflective of a trend. We and our partners—working on the ground with parents, schools, health departments and prevention groups—believe that in fact youth vaping rates are on the rise, fueled by the return to in-person learning and the current adolescent mental health crisis. Every day, new scientific evidence emerges about the dangers of e-cigarettes, particularly for adolescents whose lungs and brains are developing. Just as was the case with combustible cigarettes, only time will reveal the long-term health implications. We cannot allow our kids to be used as lab rats for the e-cigarette experiment.

Interact for Health: How can parents and grassroots efforts make a difference?

Berkman: Education and advocacy efforts have a tremendous impact on driving change. Parents are constituents, so legislators are really interested in what they have to say. Change tends to be easier at the local level and grassroots efforts make all the difference.

Interact for Health: Where is PAVe focusing its attention?

Berkman: We continue to expand our parent education while working all over the country for laws ending the sales of all flavored tobacco products. We’re launching a pilot program called POISON—Parents Opposed to Illegal Sales of Nicotine—that will empower parents to report illegal sales of flavored products to minors. We are also pushing the FDA to speed up its e-cigarette regulatory process that is already 10 months past its court-ordered deadline.