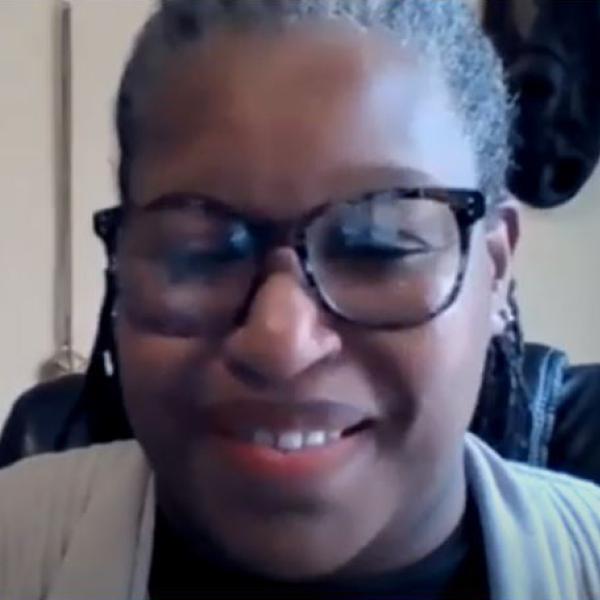 Viewing harm reduction as part of movement toward social justice

The war on drugs was a war on people, said Orisha Bowers, Executive Director of the National Harm Reduction Coalition, to begin the discussion during the Dec. 7 webinar about harm reduction coordinated by Interact for Health.

Bowers noted that the ongoing stigmatization of people who use drugs has roots in other forms of marginalization throughout history, including the eugenics movement. She said that the drug war policies of the 1980s and 1990s were intentionally designed to disrupt movements for liberation and have led to ongoing trauma, violence and division.

“We still see that same kind of thinking,” Bowers said. Until we begin to raise our awareness, we will continue to be uncomfortable and have division, she added.

After touching on the broader need for social and health justice—and policies and programs that support those ideals—Bowers spoke about the tools available via harm reduction.

“Harm reduction is a set of strategies and ideas aimed at reducing the negative connotations associated with drug use,” she said.
Harm reduction strategies meet three critical needs: to respond to the threat of disease transmission from using drugs, to reach vulnerable populations and to keep people engaged. Strategies are varied and should be tailored to the abilities of the program operators and population being reached.

Tools in the toolbox include syringe access and disposal, safe drug use, naloxone distribution, supervised consumption and medication-assisted therapy. Some programs may also provide “housing first” services, helping participants find a safe and stable place to live before focusing on other needs.

Just like with other health care services, it’s important that participants in harm reduction programs feel welcome and respected. “We have to have grace and love for people using drugs,” Bowers said.

It’s that understanding and trust, she noted, that can help move participants on a path toward substance abuse treatment, Bowers said.

To end her presentation, Bowers shared a quote from her predecessor at the coalition, Monique Tula: Harm Reduction, with a capital H-R is not just meeting people where they are but a movement that shifts power and resources to the people who are most vulnerable to structural violence.