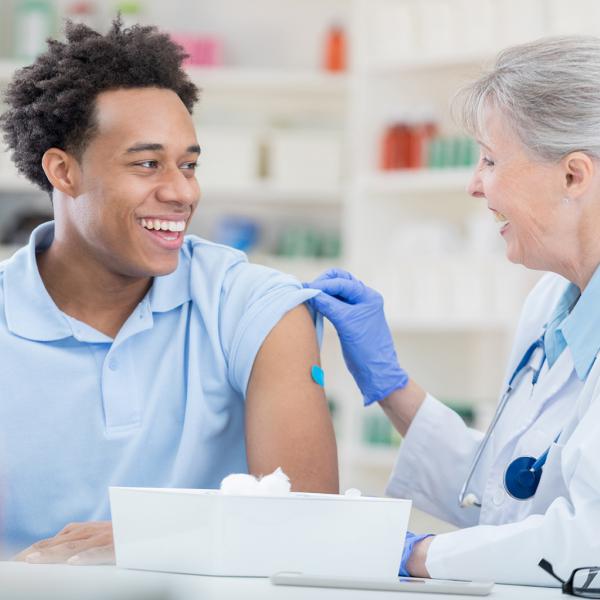 The 2018 Kentucky Health Issues Poll asked Kentucky adults whether they had gotten a flu shot1 and asked those who had not about their reasons.2 KHIP is sponsored jointly by Interact for Health and the Foundation for a Healthy Kentucky.

Half of Kentucky adults have gotten flu shot

Reasons for not getting flu vaccine vary

KHIP asked Kentucky adults who said they had not received a flu vaccine what their main reason was for not doing so. Respondents could provide any answer. Nearly 6 in 10 of these adults (56%) reported a common misperception of flu or flu vaccine as their main reason for not getting the shot. Responses included “I’m pretty healthy”; “I don’t think the shot is effective”; and “I heard they can make you sick.”

Nearly 2 in 10 of these adults (17%) offered a main reason related to barriers in accessing the flu shot. Responses included “I don’t know where to go”; “the cost is too expensive”; “doesn’t fit my work schedule”; “haven’t gotten around to it”; and “don’t have insurance.”

More than 1 in 10 of these adults (13%) did not give a specific reason when prompted by the interviewer. Responses included “I never get the flu shot” and “just didn’t want to get the shot.” The remaining 5 percent of Kentucky adults who did not receive a flu vaccine in the past 12 months offered a variety of other reasons.

Importance of the flu vaccine

As of Dec. 8, two Kentucky adults had died from influenza during the 2018-2019 influenza season and 15 of 17 Kentucky regions reported flu activity.3 The 2017-2018 influenza season in the United States was severe with 48.8 million people getting sick and 79,400 deaths including an estimated 618 children.4 According to the Kentucky Cabinet for Health and Family Services, there were 333 flu-related deaths in Kentucky in the 2017-2018 season.5

In 2017-2018, uptake of the influenza vaccine by adults nationwide was low at 37 percent.6 In Kentucky, 41 percent of adults reported receiving the vaccine last season.7 While the flu can be serious for anyone, people older than 65, younger than 5, pregnant women and people with certain medical conditions are at greater risk for flu complications.8

2. KHIP asked, “What is the main reason you did not get a flu vaccine in the last 12 months?”

8. Additional information about influenza can be found at www.cdc.gov/flu/keyfacts.htm.