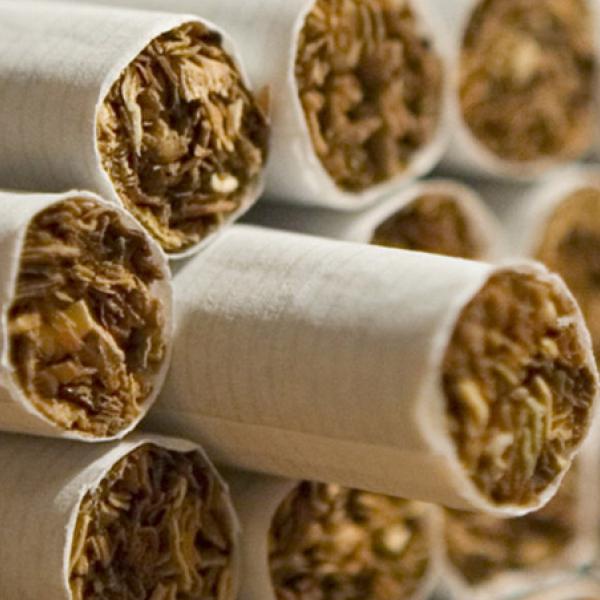 The 2018 Kentucky Health Issues Poll asked Kentucky adults about their experience with e-cigarettes and traditional cigarettes, as well as whether the 2018 Kentucky tobacco tax increase influenced their cigarette smoking.

KHIP is sponsored by Interact for Health and the Foundation for a Healthy Kentucky.

KHIP 2018 found that nearly 1 in 4 Kentucky adults (23%) were current cigarette smokers. Nationally, 17% of adults were current cigarette smokers in 2017.2 Kentucky adults earning 138% or less of the Federal Poverty Guidelines (FPG)3 were more likely to be current smokers (35%) than adults earning more than 138% FPG (16%). KHIP asked smokers, “Is your usual cigarette brand menthol or non-menthol?” About 3 in 10 Kentucky adults who smoke (28%) reported that their usual cigarette brand was menthol, and 7 in 10 (72%) reported their usual brand was non-menthol.4

1 in 4 Kentucky adults have tried an e-cigarette

KHIP also asked Kentucky adults about their use of e-cigarettes.5 An e-cigarette is a battery-powered device that produces an aerosol by heating a liquid. This liquid usually contains nicotine – the addictive drug in regular cigarettes, cigars and other tobacco products – as well as flavorings and other chemicals.6 Using an e-cigarette is often referred to as “vaping.” In 2018, about 1 in 4 Kentucky adults (24%) reported that they had ever tried  an e-cigarette. This percentage has remained about the same since KHIP first asked this question in 2016. Younger adults have consistently been more likely than older adults to have ever tried an e-cigarette. (See graph below.)

6. Centers for Disease Control and Prevention. (2018). About electronic cigarettes (E-cigarettes). Retrieved from https://www.cdc.gov/tobacco/basic_information/e-cigarettes/about-e-cigarettes.html.